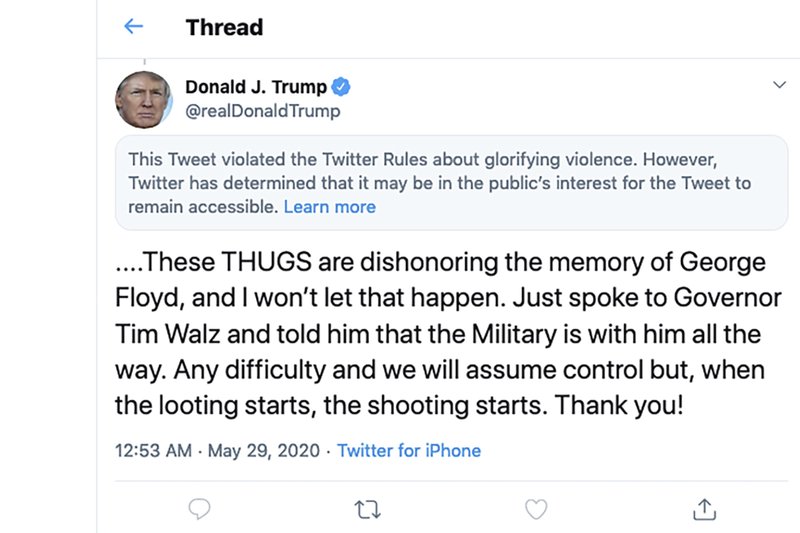 Trump to use military against looter's ???

Recently, President Trump has employed a phrase coined in 1967 by a Miami police chief, threatening the looters in Minneapolis to use the military against them after the protests in his city over the department.

Friday's, post midnight tweet by Trump has drawn widespread attention from almost across the political spectrum from Joe Biden to the far right quasi militia Oath Keepers. Trump said in a tweet that he won't let the THUGS dishonor the memory of George Floyd.

Originated in 1967, the phrase about looting and shooting was used by Walter Headley, a Miami Police officer in 1967 after the protests over police treatment of minorities went violent. The protests had started following a incident where a black teenager was dangled from a bridge over the river by the officers.

Trump later on Friday tweeted an intended clarification saying that his statements about looting and shooting and the warning was not meant to be a statement but a fact.