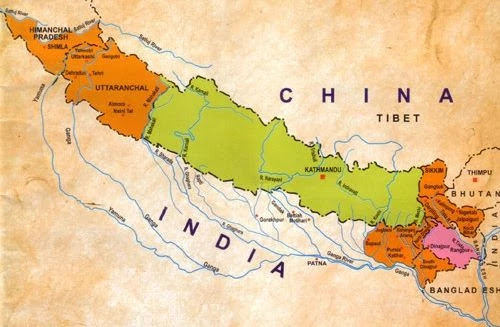 The possibility of Greater Nepal!!

The past article about greater nepal summarized it’s history. Here, we see the possibility of getting back the Greater Nepal .

1)As per the International laws, A treaty is considered as void if it’s signed under Threat. And Sugauli Treaty was signed by the gorkhas under pressure. Subsequently, the treaty is void.

2) As per the International laws, A Treaty is also considered void in case of the absence of the signatories, another reason for the treaty to be void.

3)After 1947, there is no presence of the British East-India Company, therefore the land is legitimately, Nepal’s.

4) The main objective of the treaty of 1950 was to return back the land of nepal where the Ranas didn't gave much consideration to the lost land.

5) In December 1923, a Treaty of Perpetual Peace and Friendship was made that prompted the suspension of the Sugauli Treaty.

The treaty of Sugauli is nullified. Hence, places like Nainital, kumaon, gadhwal, Darjeeling, Sikkim, and the areas in Terai upto Allahbad in the south should come back to Nepal.

The demand for Greater Nepal would only cause a war between Nepal and India. As the military force of Nepal is isn’t exactly ground-breaking, Nepal would most probably take China’s help, which might sprout into World War 3.

In the present time, saying that greater Nepal is possible is as unconventional as saying that voyaging quicker than light is conceivable.