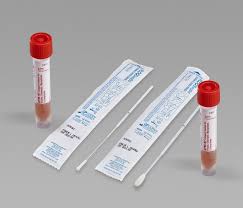 The collection of swab samples has been halted in the Sudurpaschim Province for five days.

The swab samples have stopped being collected by the Province Health Directorate Office Dhangadhi as about 1,000 swabs are already collected and on hold for being tested.

The office said that, already more than 1,000 samples have been kept at hold for being tested and also there is Lack of space. Therefore, five more days will be needed to finish the testing of the existing stock, due to which the swab collection has been halted.

There is a single laboratory in Livestock Centre, Dhangadhi which is capable of testing 250 samples per day. The lab already has a backlog of more than 1000 swabs.

After the large number of people came from India to the Sudurpaschim Province, the pressure has increased for the PCR testing. In only a month more than 50,000 people entered the Province from India of which only 5,000 have undergone PCR tests and others are kept at the quarantine facilities and remain for the testing.

The government, analyzing the running out of it's capacity to test the swab samples, have issued a new directive which states that everyone staying at quarantine facilities won't have to undergo the test