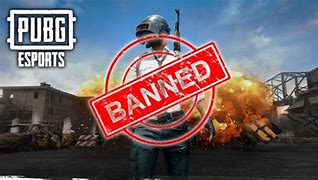 As you all know PUBG is one of the most played mobile game in 2020. This game is famous among the youngster. As we know recently Indian government has banned 59 Chinese apps including tiktok. As per the news Indian government is trying to ban 250 apps including famous games PUBG. However, many fans of the game have been requesting the government to not include PUBG Mobile. Although the news is 100% not fixed but in the list PUBG name is included.

PUBG Mobile is a most played mobile game when it comes to India.

This game has received 17.5 crore installs from India which is 24% total install worldwide

PUBG will ban in India or not?

The government might ban PUBG in India very soon.  After the Indian government banned 59 Chinese apps they are now trying to ban 275 apps including PUBG and some famous games like coco, clash royale, etc.

Pubg is from which country?

PlayerUnknown's Battlegrounds (PUBG) is a game, where 100 player’s fight for chicken dinner. PUBG was developed in South Korea.

HENCE: The final conclusion has not been published yet so PUBG might get ban and might not get.