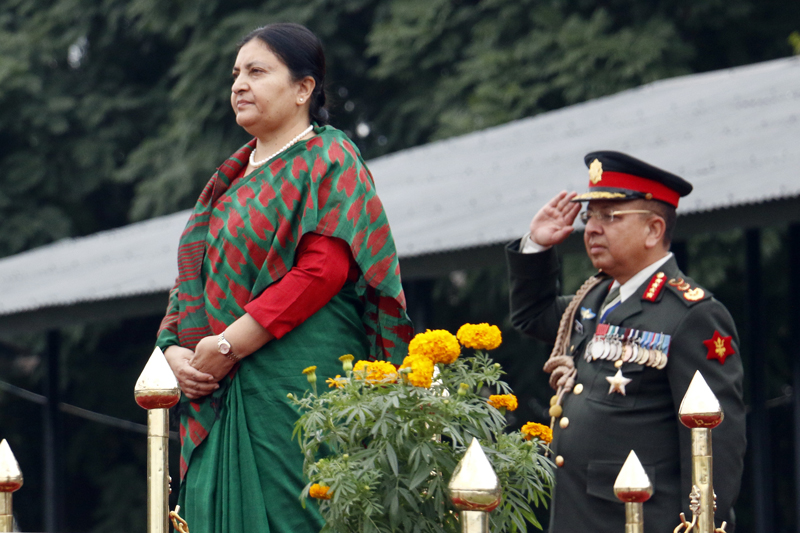 Proposal forwarded for mobilization of Nepali Army to the President !!!

The government of Nepal, current led by Prime Minister Khadga Prasad Oli, has made decisions for forwarding the proposal for the mobilization of the Nepal Army to the President of Nepal, Bidya Devi Bhandari.

On Saturday, at the Cabinet meeting held at the official residence of the Prime Minister in Baluwatar has decided to mobilize the Nepali Army in the COVID-19 concentrated areas for ensuring the stringent implementation of the nationwide lockdown as well as for the better management of the quarantine facilities.

As per the constitution of Nepal, The supreme commander of the Nepali Army is the President, currently Bidya Devi Bhandari. So the mobilization of the army will require the seal of approval by the president. The order to be issued must be legitimized by the House of representatives (HoR) within one month after the declaration of a date.

Meanwhile, the attempt of the government to further empower the Prime Minister by giving him the sole authority to deploy the Nepali Army has been strongly condemned by the National Defence Force.

They are claiming that the decision was taken without a meeting of the National Security Council. The National security Council consists of the people chaired by the Prime Minister that includes minister's for finance, home, foreign, and defence along with the Army chief and the chief secretary.

Similarly, Nepali Congress, the opposition party has also expressed it's discontent and presented objections in the provision of power to the Prime Minister  for deploying the Army.