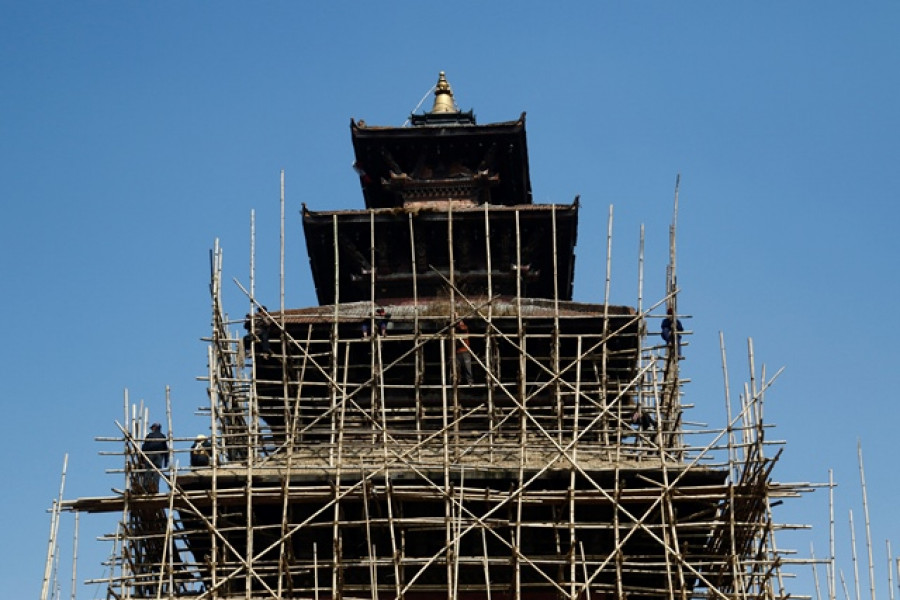 Nyatapola Temple, is a Pagoda Style 5-storeyed Hindu temple located in Bhaktapur, Nepal. Bhaktapur is one of the three cities in the Kathmandu Valley which is not so far from Kathmandu, the capital. Constructed by Bhupatindra Malla, from 1702 - 1703 during a period of 7 months, this temple is the temple of Siddhi Lakshmi.

As, Bhupatindra Malla's kingdom had a rivalry with Kritipur and Kantipur, his western neighbors, he built this impressive building, to show his power. Built in 1702 A.D, under the rule of king Bhupatindra Malla, this temple is still inexistence.

This temple is one of the tallest and most beautiful building of Pagoda style and also a lovely example of immense hard word and creativeness. This temple stands just over 30 meters high. A flight of steps, where there are statues on each side will lead you to the top.

The temple survived the megaquake of 1934 which was of 8.3 magnitude, as well as the 2015 earthquake pf 7.8M earthquake. However, the temple needed general maintenance and structural strengthening.

And now, during the time of this Corona virus Lockdown, the temple is being renovated. Using the techniques passed by the generations old artisans, Men are working at big heights on the bamboo scaffolding to strengthen the structure. Also, the women's in that area are voluntarily participating in the renovation process.