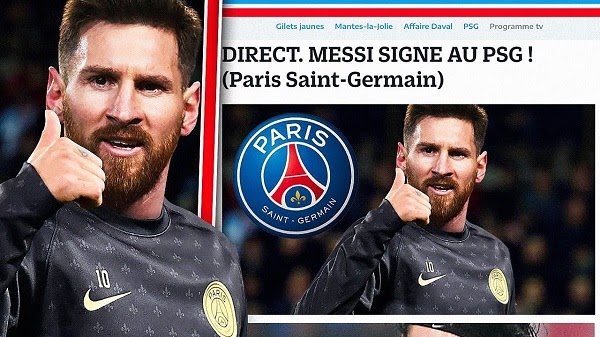 The Barcelona Captain, Leo Messi, had sent a letter to the club President, Bartomeu last week expressing that he wanted to leave the club. After that, there has been a lot of rumor's about Messi joining other football clubs. There has also been rumor about Messi joining PSG.

The PSG Manager, Thomas Tuchel has recently said that the Barcelona and Argentina Striker Messi can possibly be joining PSG. He said that he would never say no to Messi, and also no other manager in the world would possibly do so.

Recently, there have been reports of Angel Di Maria and Neymar contacting Lionel Messi and discussing about the possibility of Messi's move to PSG. They have been involved in encouraging Messi to join the club.  Even other Football player's have been trying to persuade Messi, the six-time Ballon d'Or winner to join PSG.

Leonardo, the sporting director of PSG  has already been in contact with Messi's representatives in order to propose a move to the club.

Messi had informed Barcelona about his want to leave the club on Tuesday. He informed that he wanted to leave the club this summer on free transfer after Ronald Koeman, the new manager told him that the privileges in the squad were over. His current deal runs till 2021, but he believes of having a clause in the contract that'll allow him for a free move.

 
The star player's fixed salary sums up to 64 million pounds excluding all the bonuses for signing, staying, and winning the trophies. By playing just about 60% of the games, till the time his contract ends he'll earn an average of 95 million pounds per season.