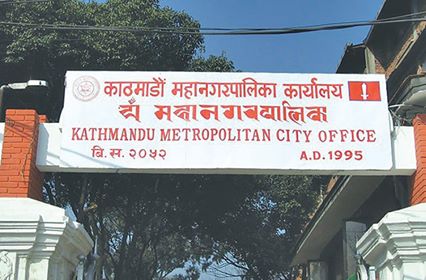 The Kathmandu Metropolitian City has issued a procedure guaranteeing for the daily wager's source of livelihood, that have been unemployed for more than two months.

As the economic activities have been completely closed due to the nationwide lockdown followed by the COVID-19 Pandemic, the daily wage worker's have been suffering. A new procedure has recently been issued by KMC guaranteeing for the livelihood of the daily wager worker's.

This procedure came into force after approval of KMC's municipal executive. As indicated by the metropolis, the issuance of the procedure has been done for helping the thousands of daily wage worker's, and their family that have been residing in the city cope after the situation has been worst due to the lockdown imposed for controlling the spread of the virus.

As per the released procedure on the official website of the metropolis, the concerned wards will be involved in the mobilization of the unemployed daily wage worker's in the development of public infrastructures, their maintenance, heritage beautification and conservation, sanitation and waste management, greenery development and public park protection, sewage and footpath management and other different works as prescribed by the KMC.

The worker's physically capable of working in the assigned areas and residing inside KMC for the past 6 months will benefit from this program, 'Cash for Work'. One person will be mobilized from each family, at least twice a week for work.

Fixed wage will be provided to the labourers, by the Government of Nepal. 13,450 has been set as the minimum monthly wage for the unskilled workers by the government for the current fiscal.

The daily attendance of the daily wagers will be maintained by a concerned ward secretary or member in the field. They will have to work for eight hours per day in general.

For this purpose, KMC has already collected the data of the daily wagers living in Kathmandu.

The government of Nepal has recently said that no one should die out of hunger during the lockdown. However, it has deprived numerous poor people and daily wagers. The government is yet to announce a relief package for them.