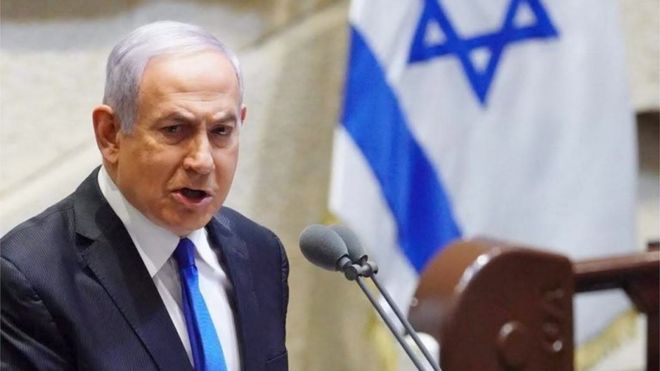 On Sunday, Israeli PM Benjamin Netanyahu will go on a trial for Corruption. This is the first time throughout the history of Israel, that a serving leader will do so.The PM has been accused of charges including bribery, fraud and breach of trust which he strongly denies.

He is expected to be presented at the Jerusalem District Court at the opening session of the trial. He is the leader of the right-wing Likud party and the longest serving prime minister of Israel, having been in power constantly since 2009. He had likewise served a term in office from 1996-1999.

Case 1,000 - Fraud and breach of trust:
He is accused of receiving gifts, specifically bottles of champagne and cigars from powerful businessmen's in exchange for favors.

Case 2,000 - Fraud and breach of trust:
He is also accused of offering to help improve the circulation of  "Yediot Ahronot" , a Israeli newspaper in exchange for positive coverage.

Case 4,000 - Bribery and fraud including breach of trust:
He is accused of promoting regulatory decisions favorable to the controlling shareholder in the Bezeq telecom giant, Shaul Elovitch, in exchange for positive coverage by Mr Elovitch's Walla news site.

Though Netanyahu has not resigned yet as a prime minister charged with a crime is not required to resign as per the Israeli law. Additionally, the PM has strongly denied all the allegations against him, branding them a "witch-hunt" by his political rivals and has requested to clear his name.

Even if Netanyahu gets convicted, he will not be required to resign unless and until appeals are exhausted which is many months or years into the future  in theory.

In 2009,the former Prime Minister, Ehud Olmert had also gone on trial however he began serving his sentence from 2016 after he was convicted due to the long legal process.