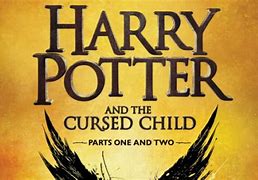 HARRY POTTER AND THE CRUSED CHILD

HARRY POTTER AND THE CRUSED CHILD

The wait is finally over

Harry Potter and the Cursed Child is a 2016 British two-part play written by Jack Thorney based on an original story by J. Rowling and John Tiffany. The play opened on Broadway on 22 April 2018 at the Lyric Theater, with previews starting on 16 March 2018. Antony Boyle, Sam Clemmett, Noma Dumezweni, Poppy Miller, Jamie Parker, Alex Prince, and Paul Thornley.

On 23 October 2015, it was confirmed the plays were set nineteen years after the conclusion of the final novel Harry Potter and the Deadly Hallows, and would open at London's Palace Theatre in July 2016. The plays principally follow Harry Potter, now Head of the Department of Magical Law Enforcement, and his younger son, Albus Severus Potter.