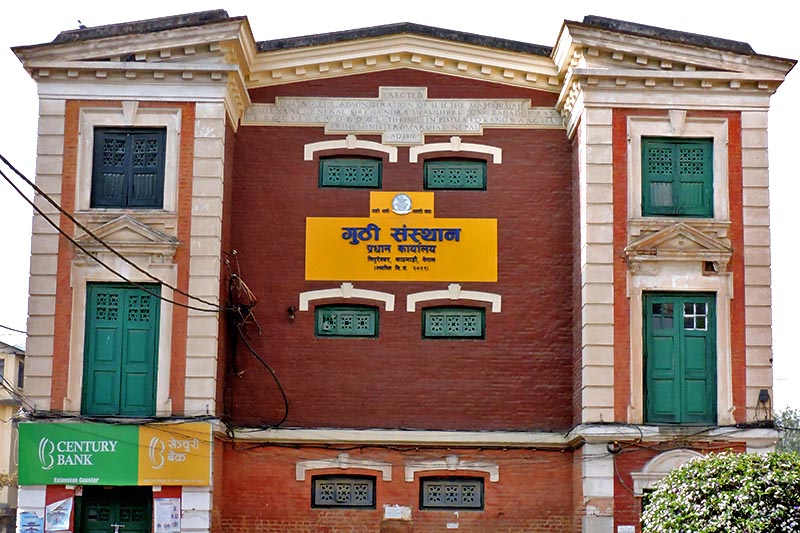 The youths have pulled the chariot of Rato Matsyendranath in Lalitpur's Pulchowk in spite of the bans imposed by the administration.

The youths, who had gathered at around 9:30 am on Thursday, had displayed play cards demanding to start the rath yatra following the public health norms saying that the malamas will start from September 20 and the rath yatra will be uncertain. After the police obstructed the process, the youths insisted that they should pull the chariot today and started pulling the Chariot.

However, The Guthi Sansthan has not taken any decision in this regard nor the concerned bodies are aware of it. The statue of Matsyendranath has been mounted in the chariot, which has been under construction since July 25. But due to the risk of corona infection, the rath yatra had not taken place yet.

According to the Metropolitan Police Circle, Jawalakhel, this was not a pre-arranged program, the youths spontaneously started pulling the chariot without following the authorities. They also have brutally beaten a traffic policeman who is currently at Alka Hospital ongoing treatment.

Meanwhile, the concerned bodies have said that they are totally unaware of this issue. The Jyapu community is not aware, at whose request the people gathered and participated in the entire process of Rato Matsyendranath's rath yatra.

Chairman of the society Chandra Maharjan said that although they were waiting for the decision of Guthi Sansthan, they did not know how so many people gathered early morning. A meeting of Guthi Sansthan Lalitpur has been called for 1 pm to decide on the issue.

The youths spontaneously pulled Rato Machhindranath's chariot without following the authorities decision. Clashes have broken out between police and local youths.They pelted stones at the police after the police started using water canons. The police also used tear gas as an attempt to disperse the crowd.