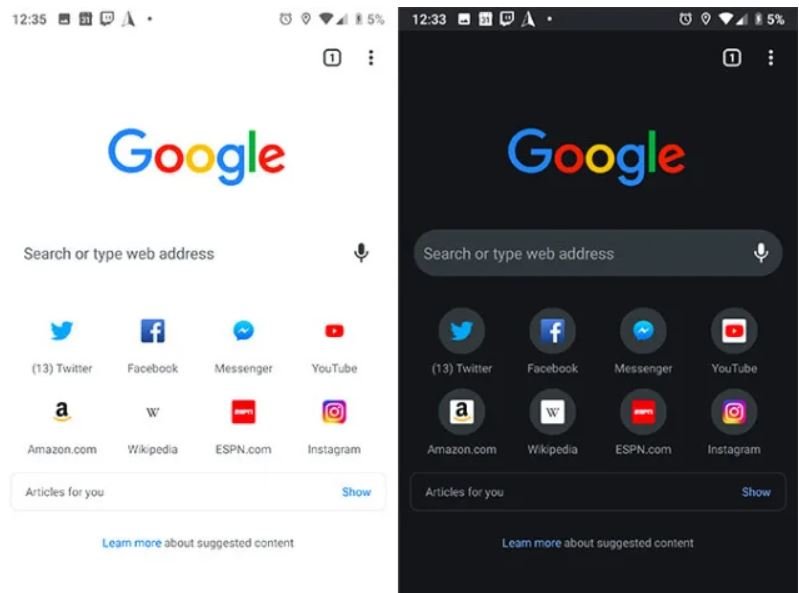 At the beginning of this month, we heard that a dark mode was being added to the Google Search website on Android, by way of Google Chrome. However, we weren’t sure about how this dark mode would be or why it would require a flag in chrome ://flags. As of now, Google Search has finally started testing the dark mode for mobile web.  You can start using it right now.

Google has put very few work into the feature on the Chrome side of things. To be precise, Chrome would slightly alter the URL for your searches for android depending on whether you have the flag enabled and if you are using Chrome’s dark mode. Chrome added “cs=1” to the URL of Google Search earlier this week however, the change had no effect.

If you want to try out the dark mode on your device for Google Search, there are two ways in which you can do it. Firstly, you are required to download either Chrome Canary or Chrome Dev from the Play Store, then enable the flag below on the chrome://flags page. Once you enable it, you’ll be brought to the dark version of Google Search automatically when Chrome itself is also in dark mode.

We have no idea if Google plans to bring the dark mode to other mobile browsers or the desktop versions of Chrome. However, this is at least a step in the right direction as of now.