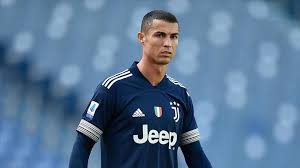 Juventus' Cristiano Ronaldo has won the 'Player of the Century' grant at the Globe Soccer Awards.

Barcelona's Lionel Messi, Liverpool's Mohamed Salah and previous player Ronaldinho were likewise in the competition to pack the honor however the Portuguese outmatched all to secure the honor.