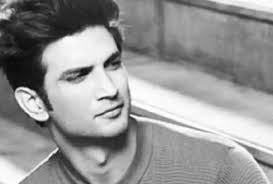 Bollywood actor Sushant Singh Rajput was found dead at his home in Bandra, Mumbai on the 13th of June. Initially, police said he committed suicide by hanging himself. However, the unfortunate end of this very polite and gentle actor raised many doubts.

Especially his fans were not ready to admit that the actor had committed suicide. Voices were getting louder that the reality of the incident should come out.

In the beginning, there was a lot of controversy and debate about this case. Nepotism and groupism within Bollywood was considered the reason which forced Sushant to commit suicide. Karan Johar, Salman Khan and Sanjay Leela Bhansali got involved in this case. As SSR was an outsider, they were accused of insulting, banning and boycotting him.

As the abuse escalated, Karan had to take a break from social media. The air of nepotism debate also reached Nepal. Hatred and resentment grew in Bollywood, especially towards the film family. The Bhatt family's trailer for 'Sadak 2' has a new record of dislikes on YouTube.

Even after two months, the reality of Sushant's death has not come out. It is becoming more complex and mysterious. In the meantime, no matter how many facts and events have come out, it has strengthened the suspicion that his death was not normal.

Therefore, not only Sushant's family and fans, but also some Bollywood actor's demanded an investigation from the CBI in SSR's case. Initially, Sushant's sister Shweta Singh Kirti had made this demand by releasing a video message on social media.

After that, other actor's including Varun Dhawan, Kriti Sanon, Kangana Ranaut, Parineeti Chopra, Siddhant Chaturvedi, Aditya Pancholi and others started a hashtag 'CBI for SSR' on social media. Addressing the issue, the Supreme Court of India, on Wednesday has ordered a CBI investigation in this case.