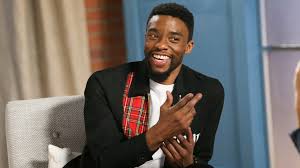 American actor Chadwick Boseman has died at the age of 43 on Friday. Boseman, who had been battling cancer for four years, died at his home in Los Angeles. Boseman had not publicly disclosed his illness.

Boseman was widely praised for his role as T'Chala in Black Panther. He has also starred in films such as Captain America: Civil War, Forty two, and Avengers: Infinity War.

Born in South Carolina, Boseman was featured in small roles in television before entering the film industry in 2013. He played the role of baseball star Jackie Robinson in the 2013 film Forty Two. Actor Boseman died on Friday, When the Major League Baseball has been celebrating Jackie Robinson's Day.

Raised in Anderson, South Carolina, he was the youngest of three boys. He was raised by his mother who worked as a nurse and his father used to work in a textile factory. Boseman wrote and staged a play about the shooting death of his basketball teammate when he was a junior in high school. This play turned his life towards arts. He was a direction student in Howard University, where Phylicia Rashad mentored him.

His death was publicly announced by his family on his Twitter Friday night. Boseman passed away with his wife and family by his side. In 2016, he was diagnosed with stage III colon cancer which he had been battling for the past 4 years. However, Boseman had not disclosed his illness publicly.

Several Hollywood actor's and Marvel star's have expressed their sadness regarding Boseman's death from their social media accounts. Also, both the Democratic candidates for president and vice president, Joe Biden and Kamala Harris expressed their condolences on Twitter.

Boseman was a smart, charismatic person and also inspiration for many. Him and his works will truly be missed.