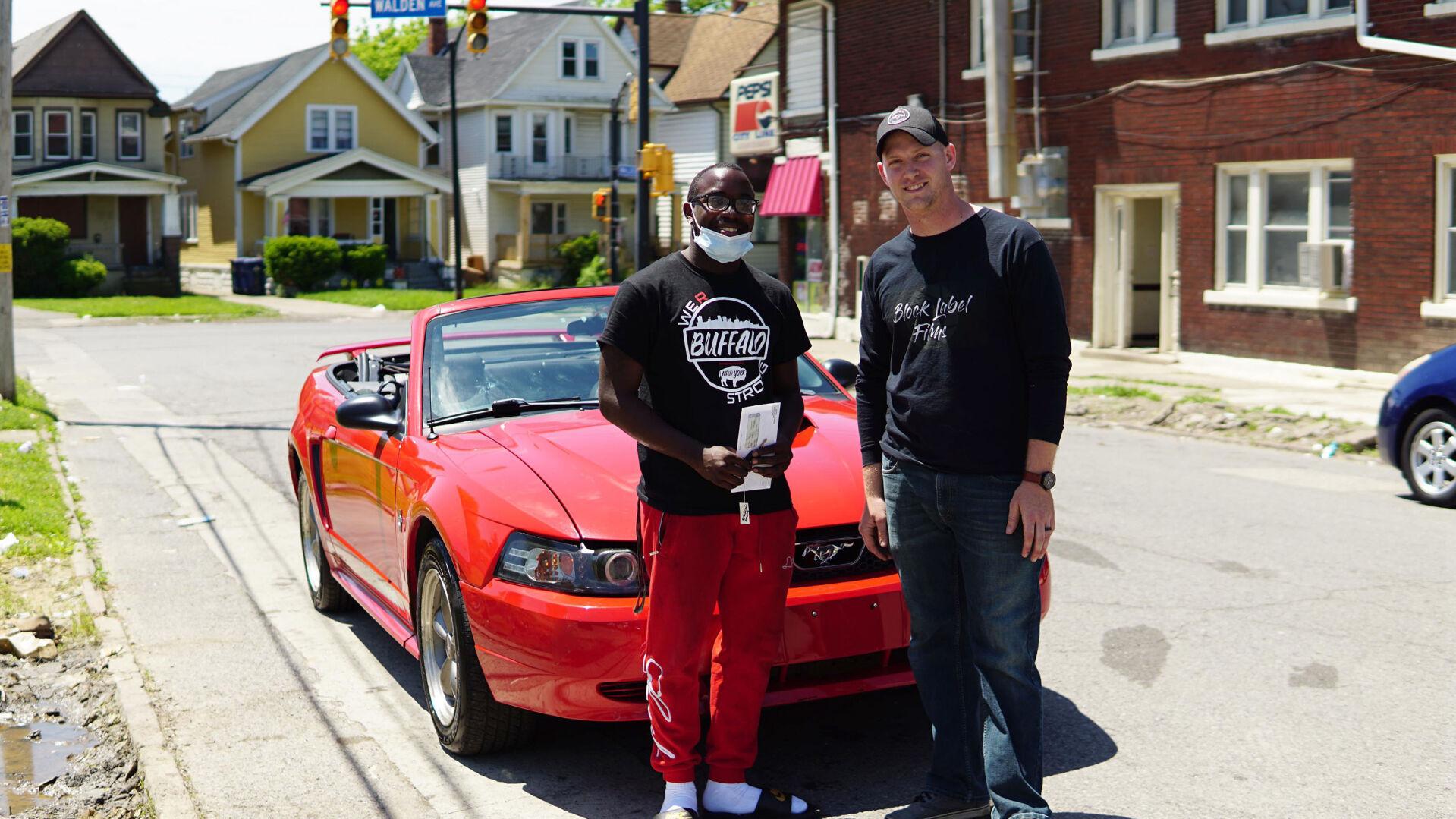 Antonio Gwynn Jr. rewarded with a car and a college scholarship after 10 hours of cleaning !!!

Antonio Gwynn Jr, who bought some trash bags and started cleaning the streets alone was not happy seeing the damage from protests in his hometown of Buffalo, New York.

He did not stopped cleaning for the next 10 hours since he started from 2 a.m Monday. Later, an organized group of neighbors arrived in the morning to start clearing the damage however they were surprised to see that Gwynn had already completed most of the work.

Gwynn, who is an 18 year old high school senior, said that he saw the Bailey Avenue in Buffalo on the local news covered with garbage and glasses and he knew that the particular street had to be used by people in the morning to get to work.

His work spread rapidly among people and people responded to him. A famous actor, Matt Block decided to give him his prized 2004 red Mustang convertible, after seeing Gwynn's story on the news.

This was the car he wanted since he was a child, but used it occasionally these days. After seeing Gwynn asking for some car buying advice on Facebook, Matt decided to offer Gwynn his sports car.

Bob Briceland, a local businessman after knowing about Block's gift, decided to extend a year of free auto insurance coverage to Gwynn through his insurance agency.

Gwynn had planned to go to trade school after high school while saving up to go to college. Mesaille College in Buffalow, after hearing Gwynn's story offered him a full scholarship where he plans to study business starting this fall. Opening a cleaning business is one of his many career goals.

This is not the first time that Gwynn has stepped up to help others. However, this is the first time he received this type of recognition. He enjoys doing community service and also helps out at churches. He is also a member of Kappa Phi. He is thankful for the community response ans appreciates everything done for him.