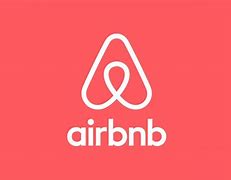 Airbnb is an American vacation rental online marketplace company based in California, United States. This company was founded in August 2008; 12 years ago. The founders of Airbnb are Brian Chesky, Joe Gebbia and Nathan Blecharczvk.

Airbnb is an online market which lets people to rent out their properties or spare rooms to guests. The area served of this company is worldwide. This company has an employees about 6,300 in 2020 AD.

The total net worth of this company is $31 billion.

When two roommates Brain Chesky and Joe Gebbia moved to California, in October 2007 they came up with the idea of putting an airbed in their living room and turning it into a bed. After that in February 2008, Nathan Blecharczyk, joined as the Chief technician and the third co-founder of their company. They put together a website that offered short-term living and a breakfast for those people who were unable to book a hotel or didn’t have enough money to book a hotel. Their site airbedandbreakfast.com officially launched on August 11. 2008. The company’s journey has begun from that day in summer of 2008 they met their first customer. As the journey has started in January 2009 a computer programmer Paul invited them to a winter training session. In that training session they met a guy who offered them a funding in exchange for a small interest in the company. With that fund they fly to New York to meet users and promote their site. They returned to their company with a profitable business model to present to West Coast investors. As their users kept growing up by the time of 2009 March, they had about 10,000 users. In March 2009, the company name was shortened from airbedandbreakfast to airbnb, by that time their content had expanded from airbed to varieties of properties including entire homes and apartments.

In November 2010, they raised money from their investors, and announced that they have reached more than 700,000 nights booked in previous six months.

As the success rate of their company kept rising up during the time of June in 2012 they announced that their company’s booking mark has got to 10,000,000.

Without wasting their time Airbnb opened an office in Sydney, Australia and announced the plans to launch their service in Thailand and Indonesia.

In December 2012, Airbnb moved to aggressively into the Asian market with the launch of an office in Singapore.

As the company keeps growing up, in October 2016, New York Governor signed a bill charging Airbnb for violating the local housing laws.

In January 2017, Airbnb led a $13 million investment in restaurant reservation booking app along with their some investors.

During the COVID-19 pandemic, Airbnb a significant drop in bookings, by this the company lowered its internal valuation from $31 billion to $26 billion.

Airbnb is a platform where people can search for a lodge for living or a tourist related   activities.

Beside from lodging its services are:-

3. It also provide homes for wedding, dinner parties, and other gathering.

However on March 30 2020, Airbnb announced that they set aside $250 million to help them regain some of the lost incomes.