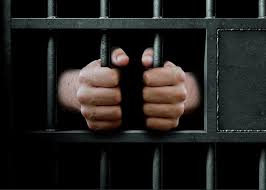 28 accused arrested in Pokhara in a single day !!!

The District Police Office, Pokhara has arrested 28 accused on the same day, that had been hiding away from the Police for a long time now. The convicts have been arrested by a unit of the Kaski District Court and the District Administration Office.

According to Kaski Police Chief SP Jeevan Kumar Shrestha, they were arrested by the District Police Office and its subordinate units. They had been hiding in different places since the police started searching for them. But finally, the police has been able to arrest them successfully.

The unit has said that, Among the arrested ones, are 21 year old, Anil Thapa Magar, from Syangja who was sentenced to one year imprisonment and a fine of Rs 50 in the case of signature and slander. He had currently been living in Pokhara and was also arrested from the same city.

The another one is 53 year old Dhiraj Gurung who had been sentenced seven days in jail and fined Rs 940,000 in a banking fraud case. Along with them other 26 fugitives have also been arrested within the interval of one day.

The other 26 fugitives with fines ranging from Rs. 350 to Rs. 5,000 have also been arrested for different frauds and slander's. The court and the administration have also been informed to implement the verdict. The police has said that the fugitives have been presented to the concerned authorities and are currently under arrest.

"Now,  the court and the other concerned ones will be looking into this case and decisions will be made soon." as per the officials.