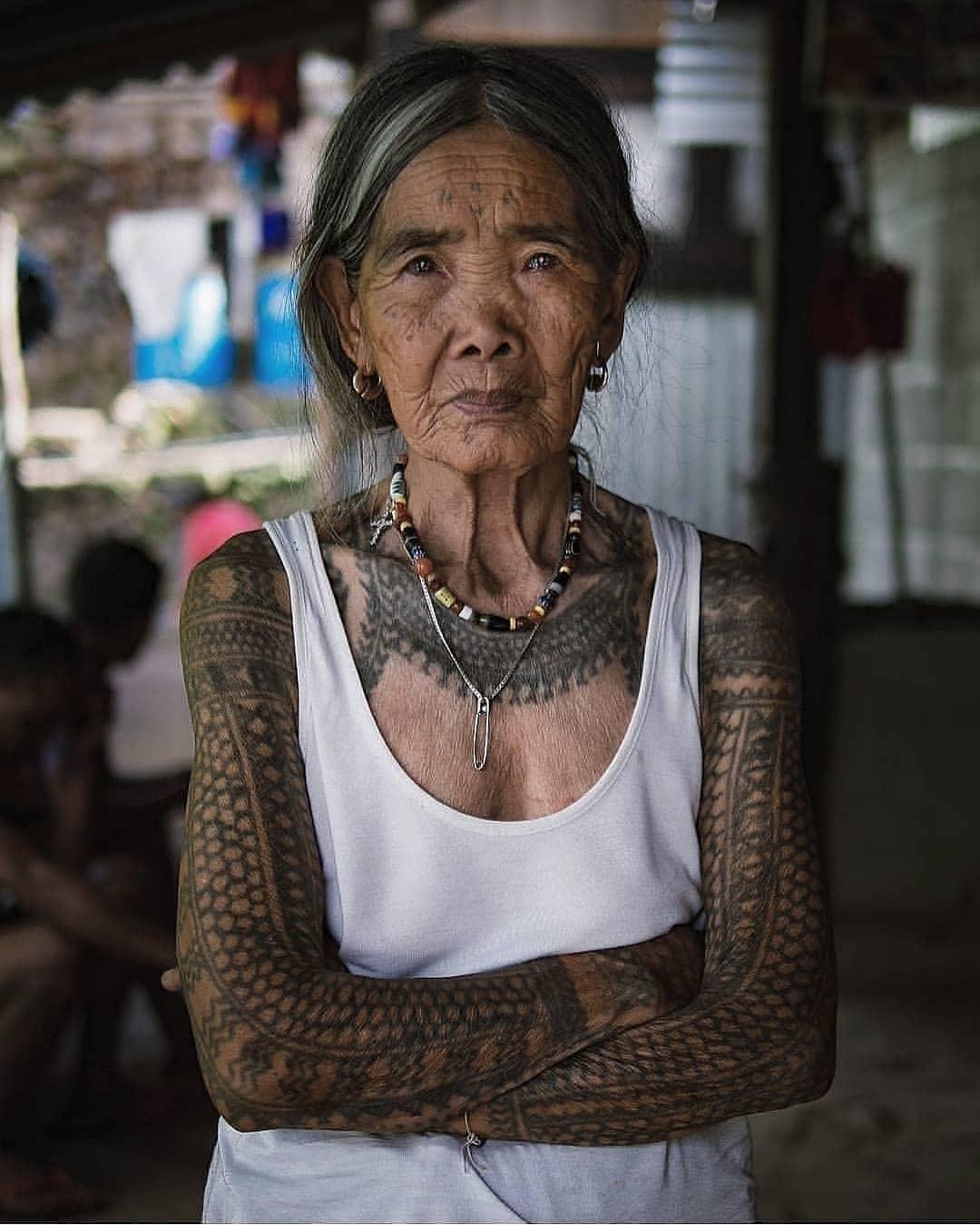 Each one of you must have thought of getting a tattoo at least once and also probably wondered about how it would look on you when you get old.

If that's the case than you should have a look at Whang Od, a 103 year old woman from Philippines, who looks awesome with all her tattoos even at this age.

Whang is also a tattoo artist and she has been doing this for more than 80 years. She tattoos people using the techniques that had been traditionally in use in the Philippines for generations.

All she needs to make tattoos are Spikes from Pomelo tree, stick page from coffee tree, coal and some water. The tattoo looks really cool and lasts all life long. Additionally, she makes the ink on her own and tattoos the ink deep in your skin making sure that it stays for life.

There are people that are willing to take the 15 hour road trips and then hike up to the village just to get tattooed by her.

She says that only the men that have killed someone in the battle were allowed to get a tattoo in the past, but these days it is viewed by her as body decorations and anyone can get the tattoos from her.

Mambabatok are the traditional Kalinga tattoo masters of which Whang Od is the last one. She was taught this art by her father. As believed by them, if the craft is passed to someone not related by blood then the tattoo gets contaminated.

Whang has no any children's of her own to pass down the art. However she is teaching her grandnieces about the art so that the tradition lives on.

She believes that the tradition won't get disappeared as she's confident that she will successfully train the new generation as tattoo masters who will eventually pass it on to their kids or their other blood relatives which will help the tradition stay alive.